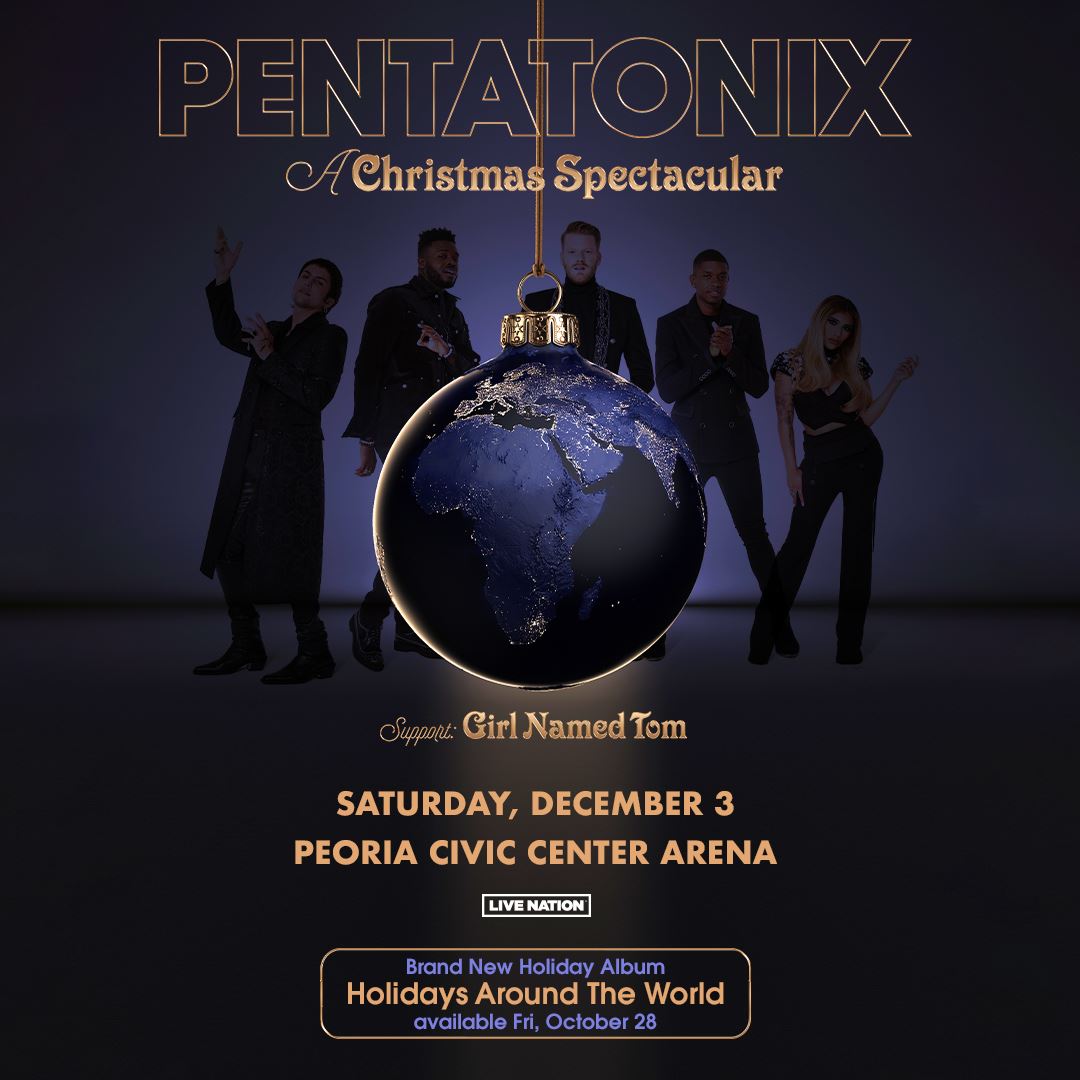 This fall, Pentatonix will proudly present their Pentatonix: A Christmas Spectacular! 2022 Tour. This large-scale multi-city outing will feature the group headlining 22 of North America's top arenas coast-to-coast. Season 21 winners of The Voice, Girl Named Tom, will open the night as the tour’s special guests, guaranteeing a spectacular evening and this holiday season’s best concert opportunity!
In tandem with the tour, Pentatonix will unveil their 11th overall full-length and sixth holiday album, Holidays Around The World, on October 28th via RCA Records.

The record consists of stunning renditions of seasonal staples as well as show-stopping original international collaborations, living up to the promise of its title and speaking to audiences around the globe. More details will be announced in the coming weeks.

Regarding the tour and the album, Scott Hoying of Pentatonix commented, “The holidays have taken on a new meaning for all of us over the past couple of years. We cherish this time of year more than ever. However, we wanted to spread this message as far as possible. That’s why we decided to bridge the gap between cultures and genres in a way we never have before. Now, we can’t wait to see all of you on the road.”

Reaching fans everywhere, Pentatonix will also premiere the group’s fifth Disney special, Pentatonix: Around the World for the Holidays, streaming exclusively on Disney+ later this fall. The group, already having attracted 26 million viewers during their previous nationally televised programs, is back on the screen in this groundbreaking cinematic music experience. The special utilizes pioneering XR and AR Visual Technologies to tell a different holiday tale highlighted by a heartfelt script, riveting acting, and, of course, heavenly performances. It follows the group as they seek inspiration for their annual holiday LP after their manager accidentally locks them in an enchanted mailroom. Thanks to a little old-fashioned Disney magic, they traverse the globe to uncover new holiday traditions and gleam inspiration directly from listeners.