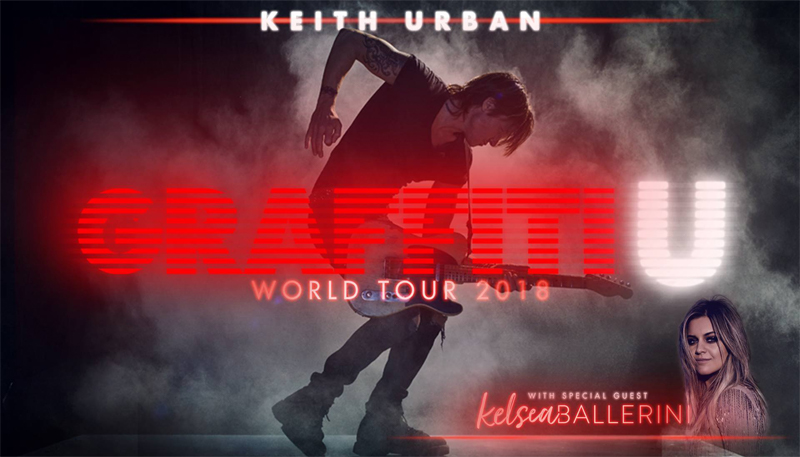 Country Mega-Star Keith Urban will return is coming back to the Peoria Civic Center! At a surprise pop-up show, January 17th in Nashville, Grammy Award winner Keith Urban announced his “GRAFFITI U WORLD TOUR 2018” with special guest Kelsea Ballerini. He also took the opportunity to announce that his forthcoming album will be called GRAFFITI U.

The tour will kick off in June and will run through November, making stops in 58 cities, including a stop at the Peoria Civic Center Arena on October 12th, 2018 at 7:30pm.