Herstory: A Tribute to Betty Friedan at Peoria Civic Center 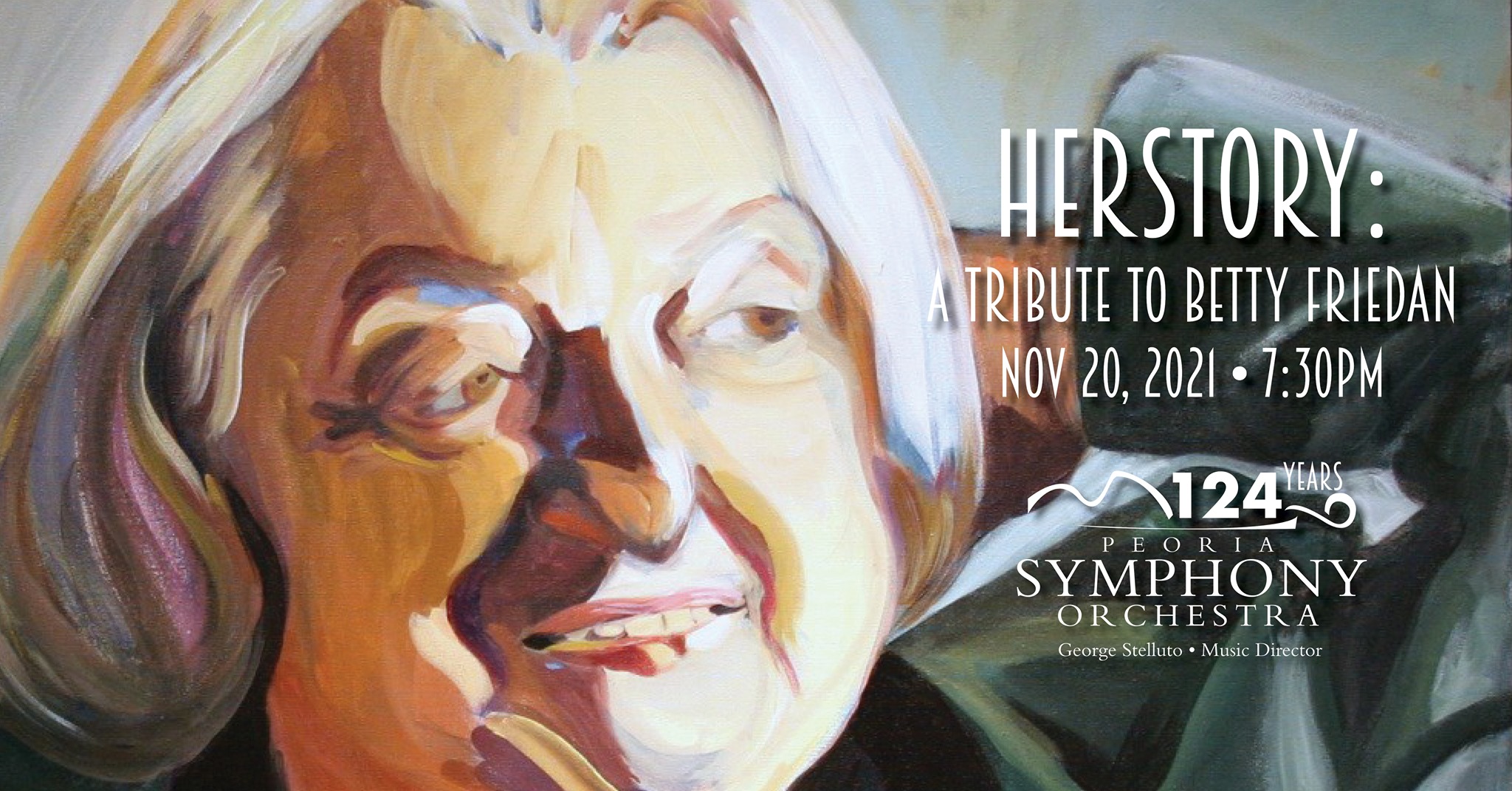 About the Artists:
Stephanie Ann Boyd, Composer in Residence
Michigan-born, Manhattan-based American composer Stephanie Ann Boyd (b. 1990) writes melodic music about women’s memoirs and the natural world for symphonic and chamber ensembles. Her work has been performed in nearly all 50 states and has been commissioned by musicians and organizations in 37 countries. Boyd’s five ballets include works choreographed by New York City Ballet principal dancers Lauren Lovette, Ashley Bouder, NYCB soloist Peter Walker, and XAOC Contemporary Ballet’s Eryn Renee Young. Eero, a ballet commissioned by Access Contemporary Music and Open House New York, was written for the grand opening of the TWA Hotel at JFK Airport. She holds degrees from Roosevelt University and New England Conservatory. Boyd was one of the last violin students of renowned pedagogue John Kendall, and her music has been praised as “attractive lyricism” (Gramophone), “[with] ethereal dissonances” (Boston Globe), “[music that] didn’t let itself be eclipsed” (Texas Classical Review), “arrestingly poetic” (BMOP), and “wide ranging, imaginative” (Portland Press Herald).
http://stephanieannboyd.com

Sirena Huang, Violin
Praised by The Baltimore Sun for her “impeccable technique…deeply expressive phrasing…and poetic weight,” Sirena Huang is one of her generation’s most celebrated violinists. She brings not only technical brilliance and powerful artistry to the stage, but also a profound sense of connection to her audience.

Motivated by a deep wish to inspire peace and harmony with her music, Sirena has performed before world leaders, thinkers and humanitarians. She has appeared at the World Peace Conference held in Petra and at the Opening Ceremony of the “Forum 2000 World Conference” in Prague, among others.

In addition to her TED Talk in 2006, Sirena has been featured on numerous radio and television broadcasts, including WQXR’s McGraw-Hill Young Artists Showcase, and NPR’s “From the Top” as well as several interviews with WNPR, CNBC, WTNH, WTIC, WB20 and Beethoven Radio.